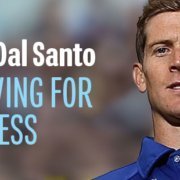 The importance of leadership for a team to succeed

Having played over 300 AFL Games in his career, Nick’s football honours speak for themselves. Nick was selected in the All-Australian team three times (2005, 2009 & 2011), represented Australia in the International Rules Series in 2004, came Runner Up in the 2011 Brownlow Medal and played in three grand finals.

Do you Need Product Recall Insurance?
Scroll to top